Britttayyyla's new song ‘Mobbin’ is a stately introduction to the pop star’s next era with her wide influence on TikTok. 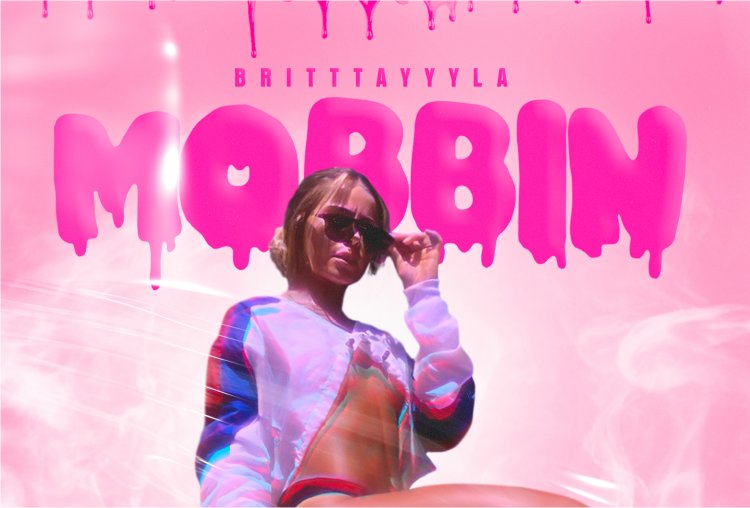 California native singer, songwriter and rapper Britttayyyla is preparing to break through the Pop world with her debut single “Mobbin”.  The catchy tune is Dance, Hip Hop, and R&B-infused pop with Britttayyyla's catchy rhymes. The song is about a group of friends having a good time in the car and all the things and trouble that happen cruising with friends. The tune was produced by the TracSquad Music group.

Since Tik Tok has not only broke new artists but has re-emerged groups like Fleetwood Mac, Britttayyyla believes that Tik Tok will be one of the avenues her song breaks into Pop. Britttayyyla is bringing her influencer game to the table to not just promote “Mobbin” on Tik Tok but have other influencers catch on and repost.  Britttayyyla has the opportunity to take the industry by surprise with her Tik Tok influence skills, her catchy rhymes, and gorgeous looks.

While Britttayyyla’s channel is relatively new, as she subscribed on October 20th, 2020, her Instagram page features 1.165 posts and 2.571 followers. Many of her posts are about the time she spends with friends, which is consistent with the story told by the lyrics in “Mobbin”. The song is obviously promoted through her Instagram page, and judging by her followers’ reactions she might succeed in spreading it. Her posts and Tik Toks about “Mobbing” feature over 1050 likes and about 20 comments.

However, the most promising part is the song itself. Its lively rhythm, Britttayyyla’s voice and the lyrics make “Mobbin” a fresh and entertaining song, which keeps the listener’s attention high for the whole duration of this three-minute single. Every line and every rhyme is a surprise, and some of the comments praise the artist’s performance, as well as “Mobbin” itself.
It might be a bit too soon to say whether Britttayyyla will be able to become a famous pop-artist but judging by her first single she clearly has skills.