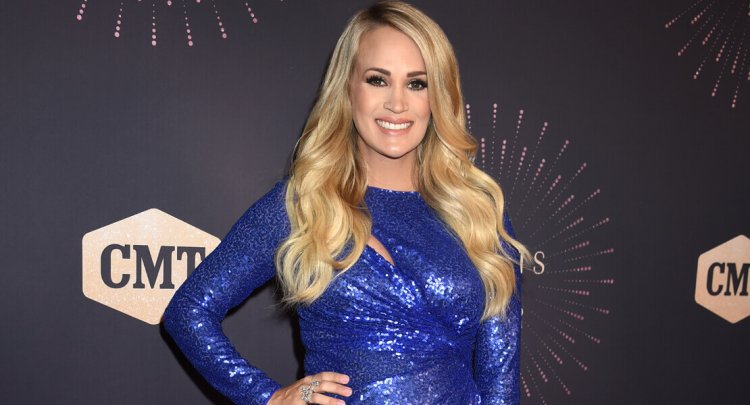 CMT video of the year was never won by any artist more than three times in a row. Carrie Underwood proved to be the real record-setter, as this is her eighth award for this fan-voted category, which she won with “Drinking Alone”.

It was always “Drinking Alone” which granted her female video of the year, and once again it is the eight award she wins in this category. Underwood thanked her fans for their support, which is particularly appreciated in this unpredictable period due to the pandemic.

After previously winning male video of the year for “I Don’t Want This Night to End” (2012) and “Play It Again” (2015), Luke Bryan just set another record in this category, as he was awarded for the third time for “One Margarita”.

Six years ago, Bryan also took the award for CMT performance of the year for "Oh No"/"All Night Long (All Night)" with Lionel Richie. After they managed to win with a clip from CMT Artist of the Year, nobody could emulate them until this year, as Chris Young won the award with a clip from the same show, namely “Drowning”.

Collaborative video of the year was previously won by Bon Jovi with Jennifer Nettles and LeAnn Rimes, and also by Justin Bieber and Rascal Flats. Last year, “Coming home” by Keith Urban and Julia Michaels was the winning clip. Now, for the second year in a row, the award went to a collab by a country artist and a pop artist, namely Blake Shelton and Gwen Stefani, who took the award for “Nobody but You”. The couple happily celebrated together, and their record speech features them while expressing their astonishment for this “crazy pairing”, as Jonathan defined it, and their affection for one another.

The award for duo video of the year was won by Dan + Shay for “I Should Probably Go to Bed”. This is the third consecutive year, as they had already won for “Tequila” (2018) and “Speechless” (2019). However, the two artists are not alone in setting this record. Florida Georgia Line and Sugarland + Nettles also managed to set it. This year, Nettles won the new CMT equal play award. The singer, actor and activist also expressed her happiness, thanking her fans and all the women artist who keep doing country music.

Finally, group video of the year was awarded to Old Dominion for the first time for “One Man Band”.