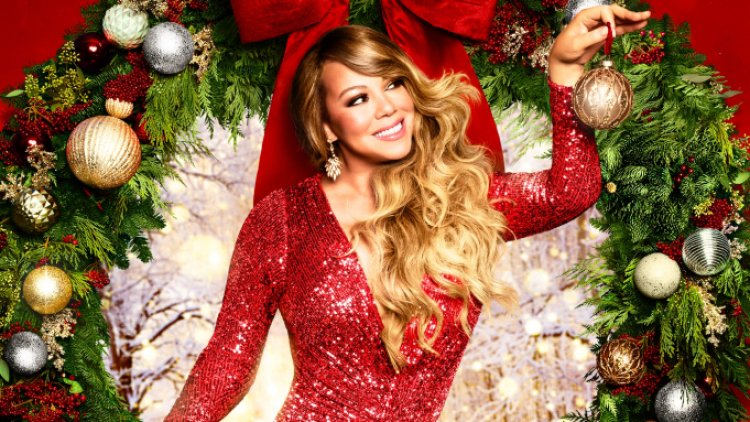 Every Christmas enthusiast all around the world was certainly more than satisfied with Mariah Carey’s Magical Christmas Special, which was released today on Apple TV+. There is also a trio with Ariana Grande and Jennifer Hudson, who sing “Oh Santa!” with Mariah. The project also features Snoop Dogg and Jermaine Dupri, and also Mariah’s twins, Morocco and Monroe.

A very special project for a very special year. During her interview with Billboard, Carey explains how much all this means to her. She is eager to bring some cheer and joy to everybody, and she declares that she cannot allow herself or anybody else to let this bleakness spoil all the fun we might be still having.

About “Oh Santa!”, the artist talks about all the fun she had as a producer, with three different voices at her disposal. Listening to it now, you can easily tell that. The way the three singers perform, in perfect harmony with each other, along with some occasional virtuosity, is so entertaining that it will make you forget about anything else for three minutes and a half, which is the duration of the whole song. In a word, you get everything you may expect from three artists such as Carey, Grande and Hudson.

The song was originally written by Mariah and Jermaine, and so it was quite natural that he had a part in this amazing Christmas project. Snoop was also chosen as the perfect candidate for a reinterpretation of a specific section in: “Here Comes Santa Claus”. The twins also sing a little at the end of “All I Want”.

Mariah is obviously well-known for another legendary Christmas special, namely: “All I want for Christmas is You”, which his No. 1 on the Billboard Hot 100 in 2019. While talking to Billboard, the singer recalls the amazement and happiness she felt as this song became one of the most famous and beloved Christmas specials in the world. Due to the difficult childhood she had, it is important to her that everybody appreciates such a song, which expresses her desire for a nice family Christmas holiday.

Billboard call her: “Queen of Christmas”, and they are not wrong at all. Nobody but Mariah Carey could have done such an amazing job in bringing us all that cheer and wonder.