Have your music potentially reach thousands through press and media. Your music can be featured on over 200+ outlets including NBC,ABC, FOX affliated sites and other major brand name outlets.

If you are trying to get your music news out there, whether it be a new release, concert announcement, remix, collaboration, or just some exciting music update then you have discovered the right site. If you would like your music to potentially reach promoters, record execs, radio, tv and movie licensing studios look no further! This is the first step in getting your music out to the world!

We will write a professionally written press release that will connect your music with our network of recognized brand name media and potential music industry professionals.

Not only do we advertise on TV on places like Fuse, MTV, and VEVO, to get massive exposure in the industry, but our proven network also works with brand name media that has landed our clients in major publications such as NBC, ABC, CNBC, and FOX affilated sites just to name a few.

We have existing partnerships and relationships that will help us get your music and press release to media outlets in order to get your story published in the big leagues. Generate Massive awareness through your release which will allow A&R reps, music magazines, music podcasts, radio, and most importantly, potential new listeners.

Whether you are a signed artist,independent musician, or a record label, everyone gets our professional first-class service and red carpet treatment.Our goal and aim for every client is get the most exposure as possible!

Expand your audience for your music, concert anouncement or livestream event! 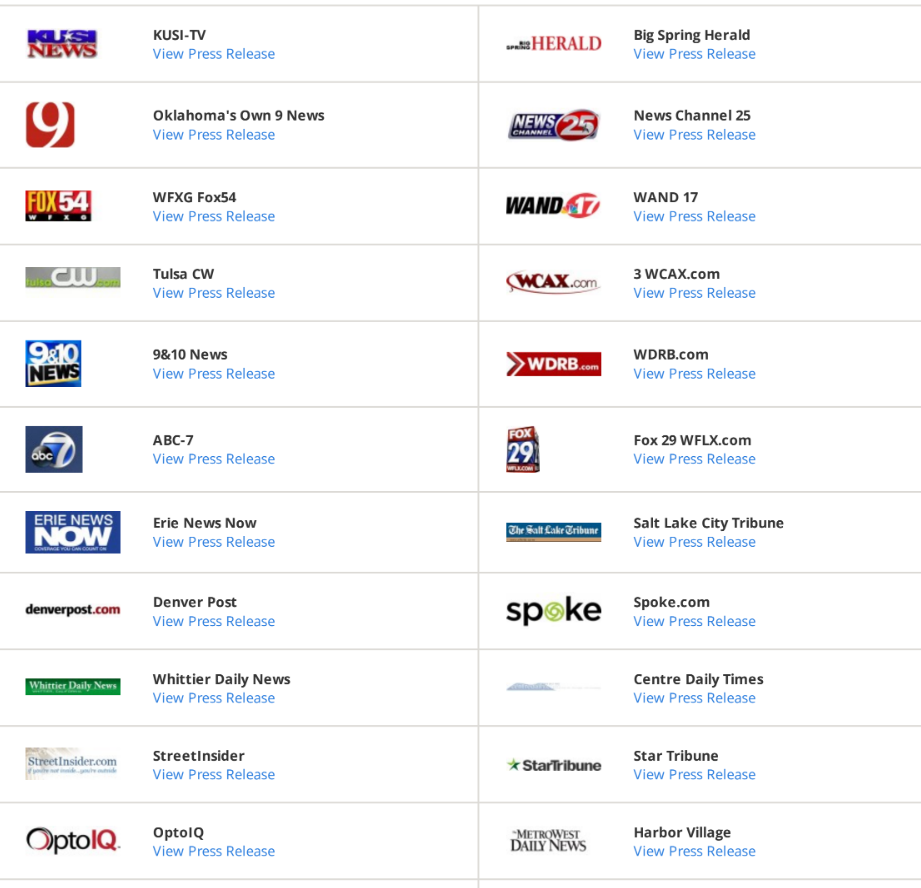 This is s press release that is written by expereinced music journalists who have a track-record in landing brand name publication. Ourteam of music professionals and jorunalists will write a press release that's not just meant to reach the mainstream media but also catch listeners attention

Because we advertise on Television we are already exposed to potential millions of people. Just like any amazing publication such as Rolling Stone, Billboard Magazine, or Entertainment Weekly who advertise their brand. We do the same. This increases your chance potential music lovers who might hear your music for the first time and fall in love with it!

In addition to being submitted to our main stream media professionals, we make sure your press releases gets into Google and Bing (MSN).

Your press release potentially has the opportunity of ending up in life changing hands through our network of music professionals. We have over 20 year firsthand experience with radio stations, DJ's, concert promoters, Grammy award producers, Grammy award engineers, record labels, touring artists, music distributors, film and tv licensors, and more.

We don't use voice prompts or robots. We communicate through email but also get on the phone if necessary to make sure we get it right. Real people work here. We will do everything we can to get you the best press release possible before we send it out.

You have done your part creating great music. Now sit back and let us do what we do best music promotion. We can't wait to hear the results of where yourpress release landed and the potential number of ears who can listen to your music..
‍

Now you might be pondering....Sure I want you to promote my music but how much?

If you look around most PR firms just to distribute the press release are going to charge$250-$299 to send out a Press Release wire and most PR companies are not geared towards the music industry or music artist their targer is corperate America.

But not only do we send out your pressrelase on a professional wire but we also include music professional contacts..

We also advertize on MTV and VHI which drives even more traffic to your press release. If you were to do that it would cost $5000-$6000
‍

We don't charge $899
for our professional writing service with wire.

In fact we don't charge you $499
to our inside connections.

And you won't pay our normal rate of $297
that we normally charge our clients.

This is a sweetheart deal!